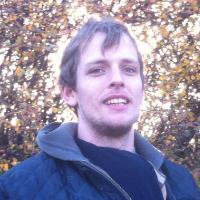 I am a phd student the Department of Sociology and Center for Social Data Science(SODAS), University of Copenhagen. I work in the intersection between social data science, political sociology and interactionism/pragmatism. My phd project looks at the consequences of social and cultural interaction for differential participation, activist persistence and the durability of group style within the Danish Refugee Solidarity Movement. I also focus on methodological issues within quantitative and qualitative text analysis, and especially their combination.

I have worked on how social media and web algorithms change our political and moral culture. More specifically how they change the way we relate, communicate, evaluate and organize ourselves politically. Which actors and arguments qualify for public debate when our discussions are not mediated by established newspapers, but rather by social networking sites, its interfaces and algorithms? How do we use social media platforms to formulate new methods for organizing, effecting and participating in public issues?