On the occasion of its 50th anniversary the well renowned journal Social Policy and Administration has put together a special anniversary edition compiling the ten most quoted articles in the journals history. Associate Professor Peter Abrahamson´s article "The Welfare Modelling Business" from 1999 is one of the ten articles in the special edition. 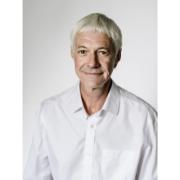 The article starts out by identifying a substantial increase in the use of welfare state typologies within comparative studies. This has developed to a degree where many authors take it for granted that the world consists of a limited number of well-defined welfare regimes.

In his own review of the article Peter Abrahamson today writes:

"The paper was triggered by a critique of the initial transfer bias among comparative welfare state researchers in connection with a study on reconciliation of work and family life in (North-Western) Europe (Abrahamson, Boje, Greve 2005). Work-life balances are highly sensitive to availability and affordability of social services such as child care, elderly care. Reviewing the literature it became apparent that most analyses focused solely on transfer schemes, notable pensions. Other characteristics such as the uncertainty regarding the differentiation and demarcation of welfare models became clear, and my paper was an attempt to write a state-of-the-art review of the comparative social policy literature. In that process it became clear that welfare modelling had become central to comparative studies. Colleagues have relayed to me that the paper presents a rather straight forward ordering of what otherwise appears to be a very complex set of differences and similarities. The nice fit between a welfare mix approach indicated by the welfare diamond and a four model perspective proved to be a very pedagogical way of demonstrating a limited set of social policy configurations".

Commenting on the importance of the article, editor at Social Policy and Administration Martin Powell says: "In focusing on conceptual rather than empirical issues and addressing some vital issues that have been largely forgotten, and still remain to be answered, this article still stands the test of time, and definitely deserves its citation classic status."