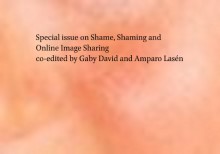 Since 2014, non-consensual sharing of intimate images online has gained attention in the scientific community. Little literature exists on why and how perpetrators undertake these activities. The paper provides a theoretical and conceptual typology for different forms of image-based sexual abuse that unfold online within two different sharing environments: 1) an acquaintance-based environment; and, 2) an organised, anonymous environment.

The empirical data consist of nine qualitative interviews with Danish perpetrators (aged 15–25 years) from both sharing environments and 12 months of extensive digital ethnography on dark Web pages. The authors’ findings suggest that digital sexual abuse can be conceptualised in relation to two factors, namely, 1) the market structure of the activity; and, 2) the sharers’ feelings of acknowledged and unacknowledged shame.

The authors find that especially sharers from organised, anonymous environments show signs of unacknowledged shame through shaming exposed ones, while sharers from acquaintance-based environments retrospectively acknowledge shame by recognising the negative consequences their sharing praxis had to the abused.

The paper is included in a special issue of First Monday titled ‘Shame, Shaming and Online Image Sharing’.