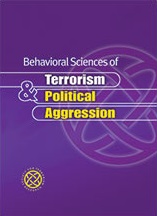 This article examines the most rebellious movement in Danish post-war history – the leftist squatter movement in Copenhagen, 1981–2011 – thus recommending itself as a relevant case for the understanding of radicalization. The article's study of these squatters builds on the contentious politics approach and protest event analysis of 790 squatter actions. Based on this, the article discusses the causal status of “extreme ideas” and other inner factors compared to contextual factors related to the national and international political environment. It concludes that “ideas” have very limited explanatory value, whereas a specific political context of threats, opportunity, and interaction explains the radicalization and de-radicalization of the Copenhagen squatter movement with striking clarity.